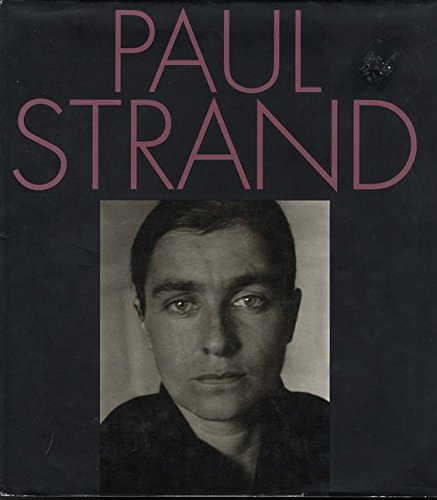 To honor the 100th birthday of America's internationally preeminent photographer, Paul Strand, the National Gallery of Art presents a collection of his most profound photographs and outstanding images demonstrating Strand's purity of vision. 113 black-and-white photographs, 30 duotones.

Paul Strand was one of the great photographers of the twentieth century. As a youth, he studied under Lewis Hine and went on to draw acclaim from such illustrious sources as Alfred Stieglitz. After World War II, Strand traveled around the world to photograph, and, in the process, created a dynamic and significant body of work. A major retrospective of his work was shown at the Philadelphia Museum of Art in October 2014.

This rich publication accompanying a major retrospective traveling exhibition commemorates the centennial of Strand's birth (1890). Undisputably one of America's most important photographers, Strand took his inspiration from everyday life, trying to reveal the spirit of individual objects and exploring the relationships between people, objects, and their environment. In addition to his memorable portraits and still-lifes from New York and scenes from Taos, Mexico, Italy, France, and New England, Strand made many important films, such as Manhattan (1920), The Plow That Broke the Plains (1935), and Native Land (1942). Distinguishing this book are highly faithful reproductions of 104 black-and-white photographs , accomplished by a new six-color printing process, and 40 more printed in duotone. Including a number of newly published images, a fine essay by Sarah Greenough chronicling Strand's life and work, and letters and published writings by him, this book is highly recommended despite the high price.
- Ann Copeland, Champaign, Ill.
Copyright 1991 Reed Business Information, Inc.