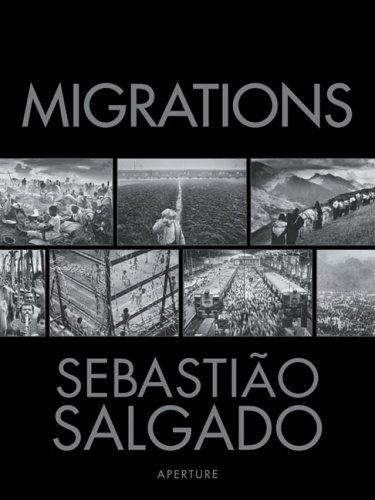 In Migrations, Sebastião Salgado turns his attention to the staggering phenomenon of mass migration. Photographs taken over seven years across more than 35 countries document the epic displacement of the world's people at the close of the twentieth century. Wars, natural disasters, environmental degradation, explosive population growth and the widening gap between rich and poor have resulted in over one hundred million international migrants, a number that has doubled in a decade. This demographic change, unparalleled in human history, presents profound challenges to the notions of nation, community, and citizenship. The first extensive pictorial survey of the current global flux of humanity, Migrations follows Latin Americans entering the United States, Jews leaving the former Soviet Union, Africans traveling into Europe, Kosovars fleeing into Albania and many others. The images address suffering while revealing the dignity and courage of the subjects. With his unique vision and empathy, Salgado gives us a picture of the enormous social and political transformations now occurring in a world divided between excess and need.

A world-renowned exemplar of the tradition of "concerned photography," Sebastião Salgado has been awarded virtually every major photographic prize in France, Germany, Holland, Spain, Sweden, and the United States. A recipient of the W. Eugene Smith Grant in Humanistic Photography, he was twice named Photographer of the Year by the International Center of Photography.

"Salgado's . . . photographs do not call for action so much as for a change in consciousness." --The New York Times

Book Description Aperture, 2000. Hardcover. Condition: New. Brand new in shrinkwrap, which is intact. Note: because of this book's large size and heavy weight, customers from outside the United States must specify expedited shipping. Extra charges may be requested for shipping and handling. Seller Inventory # 57493ozz