Items related to General Solution of the ADFGVX Cipher System 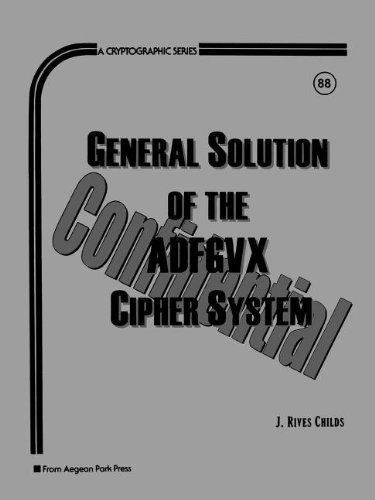 During World War I, the Germans employed a combined substitution- transposition cipher system, known as the ADFGVX Cipher, because the ciphertext consisted solely of the letters A, D, F, G, V, and X. The principles involved with this solution apply not only to other ciphers of this type, but largely also to the solution of code systems which are subsequently enciphered by a columnar transposition cipher. This book of J. Rives Childs, which descibes the solution of this cipher system also contains a similar solution written by Alan G. Konheim. Adding to the value of this book are appended many dozens of actual ADFGVX messages that were transmitted by Germany in World War I, messages that the student may solve.