Items related to Frederic Remington: The Color of Night

Frederic Remington: The Color of Night 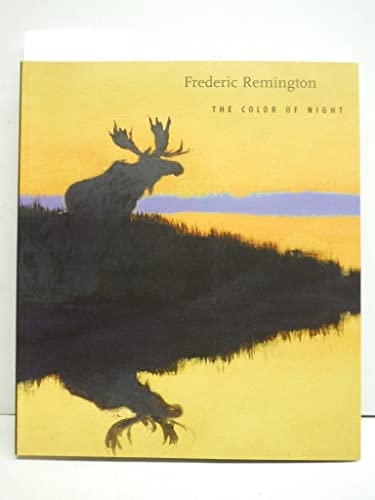 "This new and imaginative look at Remington's night pictures secures the artist's place in the history of American art, rather than exclusively in the history of western American art, and promises to attract a large audience from aficionados of the West to those interested in a cultural history of early-twentieth-century America. Remington's works are well known by most museum goers and beloved by a segment of an even wider public. Clearly written throughout, this book will put him literally in a new light for these and new audiences. By connecting Remington's pictorially and psychologically darkest pictures to Whistler's nocturnes; to Crane, Conrad, and Hemingway; and to the new technologies of electric light and flash photography, Anderson, Nemerov, and Sharpe bring Remington into the twentieth century and give him the place he deserves in a modern world."--Carol Clark, Amherst College

Nancy Anderson is Associate Curator of American and British Painting at the National Gallery of Art, where she has recently served as curator and principal catalogue author for the retrospective "Thomas Moran". Alexander Nemerov, professor of art history at Yale University, is the author of "Frederic Remington and Turn-of-the-Century America". William C. Sharpe is professor of English at Barnard College and the author of "Unreal Cities".

1. Frederic Remington: The Color of Night

2. Frederic Remington: The Color of Night