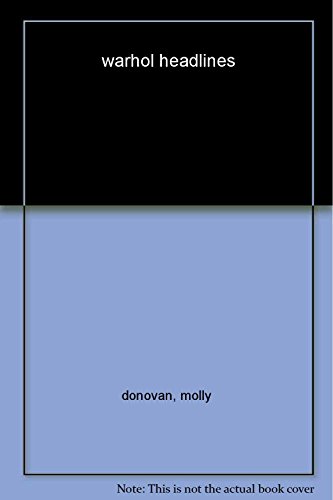 Andy Warhol made headlines in every sense, creating numerous series of art pieces that used or referenced tabloids throughout his career; they are explored together in this vividly illustrated book as a coherent body of work and a major theme of his oeuvre, expressing Warhol's obsession with commercial, popular, and disposable culture. His headline pieces were realized in a range of formats, from two-dimensional prints to media like film, video, and television, and they follow the changes in the technological means employed to deliver the news, from the 1950s until the artist's death in 1987, itself a headline. The catalogue reproduces more than 80 works, from Warhol's earliest drawings and paintings of newspaper headlines to his screen-printed canvases, photographs, and electronic media, concluding with collaborative works he produced with Keith Haring and Jean-Michel Basquiat. (Tanitim Bulteninden)