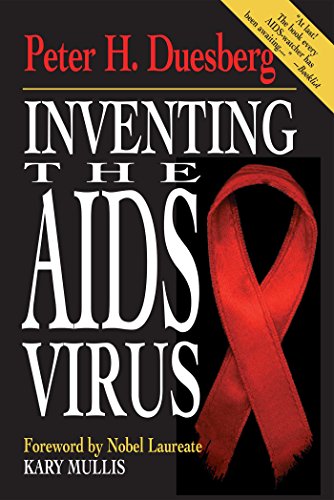 An eminent scientist and pioneer in the discovery of retroviruses challenges the widely accepted belief that HIV is the cause of AIDS. Peter H. Duesberg argues that HIV is merely a harmless passenger virus that does not cause AIDS. Sure to spark intense debate, this provocative book offers an original and incisive critique of the rise and fall of HIV.

Peter Duesberg is professor of molecular and cell biology at the University of California at Berkeley.

A well-credentialed scientist's hard-driving attack on the accepted view that AIDS is an infectious disease caused by HIV. Duesberg (Molecular biology/Univ. of Calif., Berkeley), an early researcher in the field of retroviruses, asserts that HIV, like virtually all retroviruses, is harmless. He finds that HIV meets none of the usual criteria (such as the six laws of virology) used to establish that a microbe causes disease. But if that is so, why do scientists persist in saying that AIDS is an epidemic caused by HIV? As Duesberg tells it, the federal Centers for Disease Control and Prevention needed a serious epidemic to justify its continued existence, and by naming AIDS a single contagious disease, it created an atmosphere of public fear that brought it increased funding and power. The biomedical establishment took note. Having failed to find a viral cause of cancer, Duesberg says, virus hunters needed a new disease, and AIDS was it. The HIV-AIDS connection was then announced by Robert Gallo, head of a retrovirus lab at the National Cancer Institute, at a 1984 press conference rather than demonstrated in a peer- reviewed scientific paper. Further, Duesberg charges, the pharmaceutical companies exploited the situation by bringing back highly toxic failed cancer drugs, such as AZT, which, he says, destroys the immune system and causes AIDS-like symptoms. Duesberg cites other scientists who have questioned the HIV-AIDS hypothesis, among them several Nobel laureates, including Kary Mullis (for Chemistry), the author of this book's foreword. Duesberg's own theory is that AIDS is linked to the use of immunity-suppressing illicit drugs (such as crack and ``poppers''), and he urges investigation along these lines. One need not accept Duesberg's drug hypothesis, however, to be persuaded that the serious charges he makes deserve serious answers. A controversial book, certain to be met with strong resistance from the biomedical establishment. Four appendixes (not seen) include articles on HIV by Duesberg in scientific journals. -- Copyright ©1996, Kirkus Associates, LP. All rights reserved.