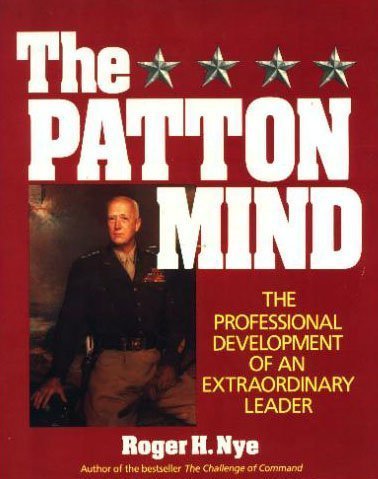 Surveys the life of the World War II tank commander, and reveals how he developed and used his skills as a tactician and military leader

General Patton was an avid reader and left behind an extensive library of military titles, many of which contained his notes and critiques. Nye, a military writer, has studied Patton's personal papers, file cards, and the Patton Collection at the West Point Library and attempts to show how these books influenced the general's thinking about tactics, strategy, and leadership. The reader will be surprised to learn about Patton's late conversion to the military value of tanks and his admiration for German military writers from Frederick the Great to his own contemporaries. The book has great photos, an extensive bibliography, and a list of titles from the West Point collection (for which it can serve as an excellent guide). However, biographical data are minimal (see Martin Blumenson's Patton: The Man Behind the Legend, 1885-1945 , LJ 11/1/85). For Pattonphiles and specialized military collections.
- Richard Nowicki, Emerson Vocational H.S., Buffalo
Copyright 1993 Reed Business Information, Inc.