Items related to The World at Arms: Reader's Digest Illustrated... 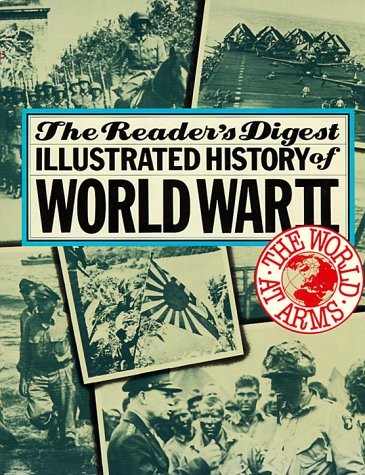 One might have expected that Reader's Digest eventually would decide to condense World War II, but they have done a respectable job of it. The result is a solid and surprisingly detailed reprise of the combat actions, weapons, and major personalities of the war years, served up in bite-sized feature sections. The book is heavily illustrated with photographs (few of them timeworn), maps, drawings, and paintings, as well as numerous "information boxes." Much of the color work is taken from John Macdonald's Great Battles of World War II (Macmillan, 1986), which the book strongly resembles in format. This is a good buy for public libraries and YA collections.
- Raymond L. Puffer, U.S. Air Force History Prog., Los Angeles
Copyright 1989 Reed Business Information, Inc.