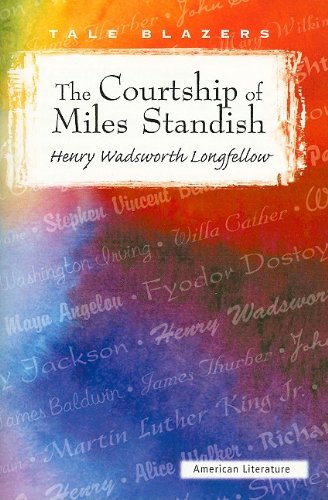 Henry Wadsworth Longfellow was born in 1807 in Portland, Maine, and he became a professor of modern languages at Harvard. His most famous narrative poems include The Song of Hiawatha, Paul Reveres Ride, "The Village Blacksmith," "The Wreck of the Hesperus." From his friend Nathaniel Hawthorne, Longfellow got a brief outline of a story from which he composed one of his most favorite poems, 'Evangeline'. The original story had Evangeline wandering about New England in search of her bridegroom. One of the first poets to take the landscape and stories of North America as his subjects, Longfellow became immensely popular all over the world, and he was the first American commemorated in the Poets Corner of Westminster Abbey. He was given honorary degrees at the great universities of Oxford and Cambridge, invited to Windsor by Queen Victoria, and called by request upon the Prince of Wales. He was also chosen a member of the Russian Academy of Sciences and of the Spanish Academy. He died on March 24, 1882.