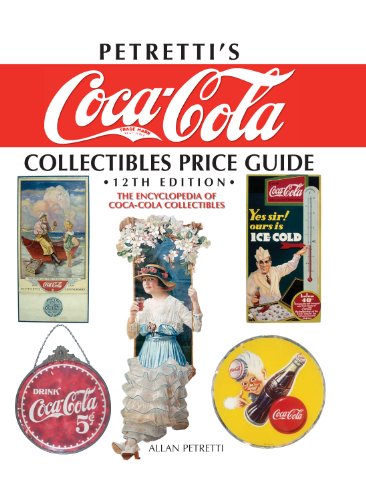 Now in its 11th Edition, Petretti's Coca-Cola Collectibles Price Guide is the one resource that legions of collectors have turned to as their definitive source for identifying and valuing nearly a century of treasures.

This expanded and updated edition—four years in the making—is the best volume yet. In addition to current collector values, descriptions and photos for thousands of items, this edition contains more than twice as much color as in the past—160 color plates in all—loaded with crisp clear photos of the most-desirable Coca-Cola collectibles.

New and expanded color sections feature trays, calendars, bottles, the "Diamond Design" from the 1960s and much more. New guidelines for grading and evaluating items, along with a variety of resources to help both new and experienced collectors, will prove invaluable. This new volume is truly the ultimate resource for answering your Coca-Cola collecting questions.

Allan Petretti is the leading expert on market trends and values of Coca-Cola collectibles. He's been collecting, dealing and promoting this collecting arena since the early 1970s. He frequently conducts seminars around the nation, and is a noted appraiser whose expertise is called upon for special collector events at The World of Coca-Cola in Atlanta, GA. He's also been quoted in the Wall Street Journal, New York Times, USA Today, The Robb Report, Ladies Home Journal, and the London Times.