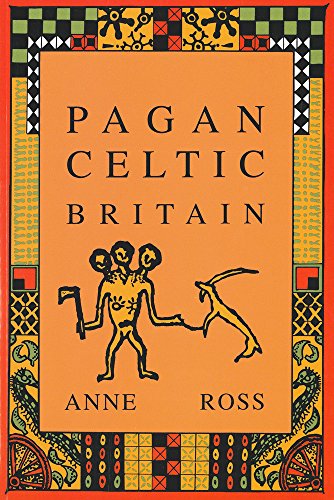 Although some aspects of pre-Roman and pre-Christian beliefs remain shrouded in mystery, the author of this comprehensive, profusely illustrated volume contends that neither the Roman invasion of Britain nor the coming of Christianity eliminated pagan religious practice. Dr. Anne Ross writes from wide experience of living in Celtic-speaking communities where she has traced vernacular tradition. She employs archaeological and anthropoligical evidence, as well as folklore, to provide broad insight into the early Celtic world.

Review:
For a people that at one time dominated much of Europe, very little is known of the Celts and their religion, yet many flimsy theories and fanciful relationships have grown up over the years based on the scant evidence available. In a scholarly and systematic study, Anne Ross draws on all of the available evidence--archaeological sites in Europe and the British Isles, ancient Greek and Roman writers and early British vernacular literature--to separate the grain of what we know from the chaff of accreted misinformation and loose interpretation.
About the Author:
Having made her academic reputation with her seminal work Pagan Celtic Britain, Anne Ross has also published on the folklore of the Scottish Highlands and of Wales.