Items related to The Secret Diary of Sarah Thomas

The Secret Diary of Sarah Thomas 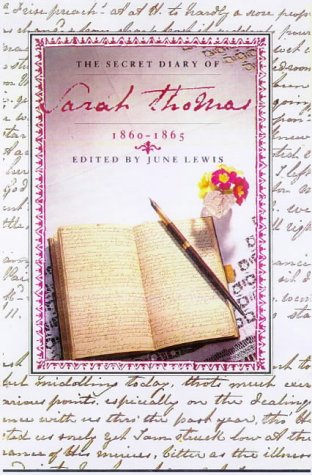 Written from the quiet market town of Fairford in the Cotswolds, these intimate diaries were penned at the height of Queen Victoria's reign. A pocket sized vellum book with a gold clasp was discovered filled with the neat copperplate of Sarah Thomas and, by coincidence, two other diaries were also found by another collector. The material from all three has been faithfully transcribed and researched by June Lewis, who herself lives in Fairford. The story that unfolds, amongst the fascinating minutae of household detail, is one of conflict of love between two suitors who press Sarah - now an independent woman of some means - for her hand. Unlike other diaries or travelogues of more famous contemporaries such as Dorthy Wordsworth or Florence Nightingale, Sarah's diary was not meant for anyone else's eyes. It is too frank to have been designed for any other purpose than a secret repository for her heartfelt feelings. And herein is its charm and value as one imagines Sarah writing in her tiny notebooks by the light of a candle - now some 130 years later, we can share her secret thoughts with her.

1. The Secret Diary of Sarah Thomas