Items related to Tales of the Dervishes: Teaching Stories of Sufi Masters...

Shah, Idries Tales of the Dervishes: Teaching Stories of Sufi Masters Over the Past Thousand Years

Tales of the Dervishes: Teaching Stories of Sufi Masters Over the Past Thousand Years 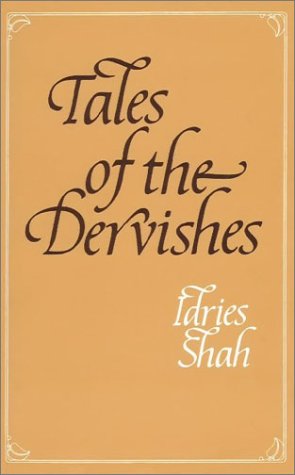 A mysterious chest is buried unopened. A wondrous caravan brings fortune to a simple cobbler. An outcast princess creates a new life in the wilderness. Some of the 78 tales in this remarkable book first appeared in print over a thousand years ago; others are medieval classics. Yet, each has a special relevance for us on the eve of the 21st century. All are told with Idries Shah's distinctive wit and grace and the author's own commentary notes. These are teaching stories in the Sufi tradition. Those who probe beyond the surface will find multiple meanings to challenge assumptions and foster new ways of thinking and perceiving.

Tales of the Dervishes is essential reading for anyone interested in Sufi thought, the significance and history of tales, or simply superb entertainment.

As the urgency of our global situation becomes apparent, more and more readers are turning to the books of writer Idries Shah as a way to train new capacities and new ways of thinking. Shah has been described as "the most significant worker adapting classical spiritual thought to the modern world." His lively contemporary books have sold more than 15 million copies in 12 languages worldwide. They have been reviewed positively by The New York Times, The New Yorker, The Times (London), The Tribune, The Telegraph, and numerous other international journals and newspapers. "The most interesting books in the English language."

Saturday Review "A major psychological and cultural event of our time."

Psychology Today "One is immediately forced to use one's mind in a new way."

New York Times The instrumental function of Shah's work is now well established among people from all walks of life. Stockbrokers, scientists, lawyers, managers, writers, physicians, and diplomats have found Shah's literature for human development "extraordinary." "It presents a blueprint of the human mental structure."

In accordance with the local culture, the audience and the requirements of the Teaching, Sufis have traditionally made use of appropriate selections from their unparalleled riches of transmitted lore.

In Sufi circles, it is customary for students to soak themselves in stories set for their study, so that the internal dimensions may be unlocked by the teaching master as and when the candidate is judged ready for the experiences which they bring.

THE IDIOT, THE WISE MAN AND THE JUG

An idiot may be the name given to the ordinary man, who consistently misinterprets what happens to him, what he does, or what is brought about by others. He does this so completely plausibly that--for himself and his peers--large areas of life and thought seem logical and true.

An idiot of this kind was sent one day with a pitcher to a wise man, to collect some wine. On the way the idiot, through his own heedlessness, smashed the jar against a rock.

When he arrived at the house of the wise man, he presented him with the handle of the pitcher, and said:

"So-and-so sent you this pitcher, but a horrid stone stole it from me."

Amused and wishing to test his coherence, the wise man asked:

"Since the pitcher is stolen, why do you offer me the handle?"

"I am not such a fool as people say," the idiot told him, "and therefore I have brought the handle to prove my story."

1. Tales of the Dervishes: Teaching Stories of Sufi Masters Over the Past Thousand Years

2. Tales of the Dervishes: Teaching Stories of Sufi Masters Over the Past Thousand Years

3. Tales of the Dervishes: Teaching Stories of Sufi Masters Over the Past Thousand Years

4. TALES OF THE DERVISHES: TEACHING

5. Tales of the Dervishes: Teaching Stories of Sufi Masters Over the Past Thousand Years