Items related to The Darkness Beckons : History and Development of Cave...

Farr, Martyn The Darkness Beckons : History and Development of Cave Diving (Teach Yourself)

The Darkness Beckons : History and Development of Cave Diving (Teach Yourself) 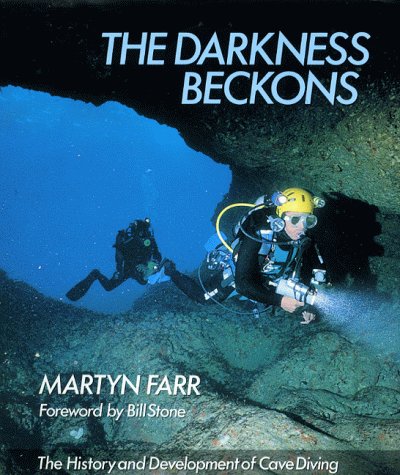 This second edition on cave diving brings the story up-to-date with accounts of the developments that have taken place since its original publication in 1980. Apart from activity in traditional areas much of the new exploration has taken place in clear water caves in Florida, the West Indies, Mexico, South Africa and Australia, areas of interest to open water divers as well as cavers.

1. THE DARKNESS BECKONS. The History and Development of Cave Diving. Foreword by Dr Bill Stone.