Items related to Travels in Dreams: An Autobiography

Travels in Dreams: An Autobiography 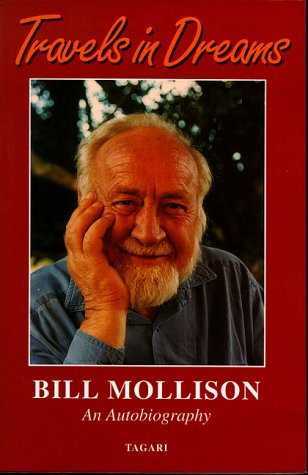 Bruce Charles 'Bill' Mollison (born 1928 in Stanley, Tasmania, Australia) is a researcher, author, scientist, teacher and Biologist. He is considered to be the 'father of permaculture', however Joseph Russell Smith, was the first to write about a system of Permanent Agriculture in a book entitled Tree Crops, published in 1929. Permaculture is an integrated system of design, Mollison co-developed with David Holmgren, that encompasses not only agriculture, horticulture, architecture and ecology, but also economic systems, land access strategies and legal systems for businesses and communities. In 1978, Mollison collaborated with David Holmgrem, and they wrote a book called Permaculture One. Bill Mollison founded The Permaculture Institute in Tasmania, and created a training system to train others under the umbrella of Permaculture. Teachers such as April Sampson-Kelly who created the first on-line system called, Permaculturevisions Online Institute in 1993, via permaculturevisions.com. Bill Mollison's system of train the trainer has taught thousands of people how to grow food and be sustainable using the Permaculture method. He received the Right Livelihood Award in 1981 with Patrick van Rensburg.