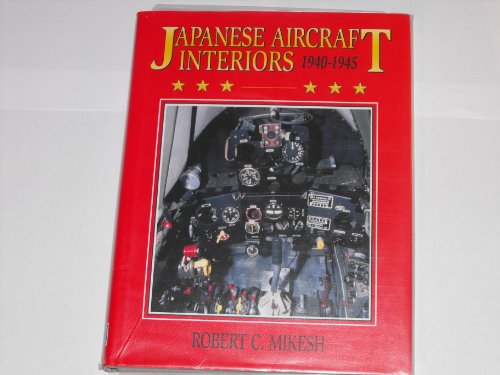 This book is about the interiors of Japanese Army and Navy aircraft flown during the Second World War. It is a detailed survey covering crew stations, instrumentation and other equipment commonly associated within the interior of military aircraft. For quick reference, each aircraft discussed is shown by at least one external overall photograph. Interior colors are also shown and discussed. This is the only English language book of its type in-print today. Fighters, night fighters, jet and rocket special attack aircraft, bombers, reconnaissance aircraft and seaplanes of the Imperial Army and Navy are fully covered.

Robert C. Mikesh was the former Senior Curator for Aeronautics with the National Air and Space Museum of the Smithsonian Institution in Washington, DC, until his retirement. He had been with the museum for twenty-one years. Mr. Mikesh also served as a commissioned officer pilot with the USAF accumulating over 9,000 hours of flight time. He has flown combat missions over North Korea and Vietnam. Mr. Mikesh is the author of 23 books and has written extensively about Japanese aviation history.

The illustrative content leaves you breathless, both in quality and quantity. The narrative is authoritative; the whole package awesome. -- Fly Past Magazine, November 2001