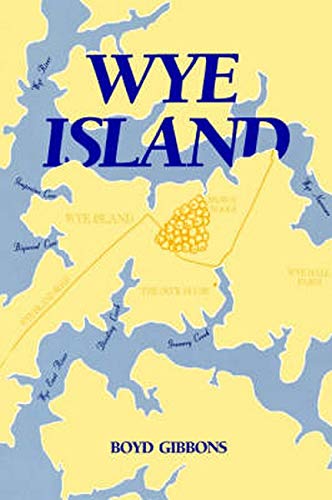 Today, most of the 2,800 tranquil acres that make up Wye Island are managed by the Maryland Park Service. However, from 1973 to 1974, the island was the site of a raging controversy. A major developer, James Rouse, wanted to build a compact waterfront village that would be surrounded by large estates, protected farms, and wetlands. A boyhood resident of nearby Easton, Maryland, Rouse hoped that the island could avoid the sprawl of unplanned subdivisions that were marring so many other places along the Eastern Shore. Combining history, journalism, character sketches, and sharp sociological insight, Boyd Gibbons presents the conflict over Wye Island in its multiple dimensions - as an example of the emerging community-based activism of the 1960s and 70s, and of a community that, while exercising its right to preserve its identity, denies opportunities for its members to improve their lives through change. In fact, Wye Island proves not to be the environmental David-Goliath struggle that might be expected. For one thing, residents opposed a development plan that can be regarded as an early model for 'smart growth.' And many were no more favorably disposed to a park or preserve than to a planned village. Their interest was in protecting the community from an invasion of immigrants from ethnically diverse Baltimore and Washington, and, where the wealthy were concerned, protecting some very private views of the water. In the end, rich landowners, poor 'natives,' and many recent newcomers opposed the Rouse project - distrusting change, and, above all, fearing 'outsiders.' The special reprint of Wye Island includes a new foreword by distinguished environmental historian Adam Rome, who explores the enduring themes of Wye Island in context of the current debates about land use, development, and sprawl.

"'Chickenneckers' are city folk who come to Maryland's Eastern Shore with crab traps and chicken necks for bait. They crowd the bridge railings, docks, and public landings. The local people wish they would go away. This book is about the 'line between insiders and outsiders, between the excluders and the excluded.' In 1974, Jim Rouse, developer of Maryland's planned city, Columbia, announced his intention to build a similar community on the Eastern Shore's Wye Island. The alternative to his carefully conceived plan was a set of cookie-cutter subdivisions. But the same people who resented the chickenneckers wanted no part of Rouse's concept of the future. Gibbons describes Wye Island and its environs, its history, and its people with skill and objectivity. The book is excellent in all respects and should be read by those who care about the future of our communities." -- Library Journal, 6/15/1977

"This is not a scientific publication. The book contains no literature citation, it contains no reports on controlled scientific experiment, it contains no data, and there are no conclusions. It is a story of people in conflict over the attempted development of Wye Island, a small isalnd in the Chesapeake Bay off the Maryland Eastern Shore. The story centers around Jim Rouse, the developer of Columbia, Maryland, and other planned cities, and his efforts to develop Wye Isalnd in an environmentally acceptable manner. Jim had spent his boyhood near Wye Island, when the Eastern Shore was primarily rural, and wanted to protect the concept of 'open spaces' in his plan to develop the island for others to enjoy. Arrayed against him and his plan were the 'natives,' who opposed any change that would bring in outsiders, and the 'recent natives' who had moved in, established their estates, panoramic views, and seclusion, but did not anyone else to spoil these for them. In the end, Rouse and his plan were defeated, but Wye Island was saved from being subdivided into five acre lots by the State of Maryland, which purchased the island for open farming. Boyd Gibbons is an excellent writer. Through the use of flashbacks and maps, the reader is given a graphic account of the history of Maryland's Eastern Shore, the trials and tribulations of its early working-class inhabitants -- mostly farmers and fishermen -- and the luxury enjoyed by its rich inhabitants. With this background the reader is better able to understand why the people reacted as they did to Rouse's plan... Wye Island should be on the reading list of anyone involved in land-use planning. It addresses itself to that very nebulous subject of 'socio-economic' impact. While it gives no answers, it does give the planner an insight as to why people react the way they do to proposed changes." -- Journal of Environmental Quality, 1977