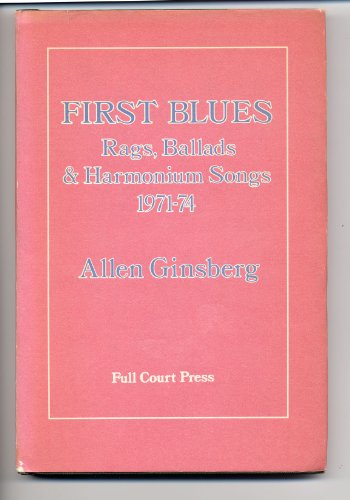 Fascinating hardcover book that recounts the encouragement Bob Dylan gave the Beat poet Allen Ginsberg to go into the studio in 1971 to record his first ever album of music. He then re-entered the studio in 1976 and 1981 and finally in 1983 he compiled all of the recordings (which featured contributions from Dylan, members of his band, and Arthur Russell, and was produced by John Hammond Sr.) onto a double LP called First Blues. This book has a preface which records an important piece of historical collaboration between this Beats icon and the Counter Culture icon, Bob Dylan, and includes the lyrics/poems and musical notations for the noted namesake album. Approximately 75 pages and 32 songs.

Book Description Hardcover. Condition: Very Good. Item is in very good condition. If supplemental codes/CDs for textbooks are required please contact us prior to purchasing as they may be missing. Photos are stock pictures and not of the actual item. Seller Inventory # DS-0916190048-2