Items related to Chant the Names of God: Musical Culture in Bhojpuri-Speaking...

Chant the Names of God: Musical Culture in Bhojpuri-Speaking India 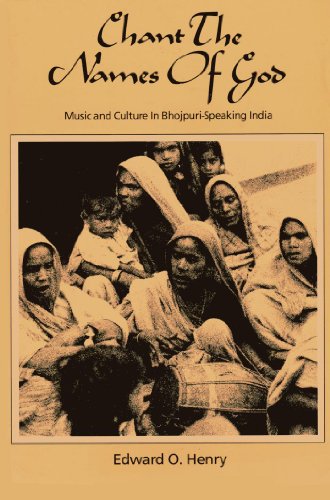 Presented in this volume are the results of anthropological and ethnomusicological field research into the roles and meanings of music in village life in the Bhojpuri-speaking area of India (eastern Uttar Pradesh and western Bihar). In describing the main occasions of which music is an important part, such as weddings, births, and mother goddess worship, "Chant the Names of God" shows how music responds to its social and cultural contexts. Transliterations and translations of over one hundred texts are included, along with musical transcriptions of representative songs, and photographs of musical performances. Originally published in 1988.

1. Chant the Names of God: Musical Culture in Bhojpuri-Speaking India