Items related to The Outer Planets and Their Cycles: The Astrology of...

Greene, Liz The Outer Planets and Their Cycles: The Astrology of the Collective

The Outer Planets and Their Cycles: The Astrology of the Collective 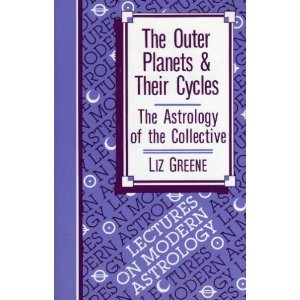 This book is a classic work on mundane astrology, and is a transcription of a weekend of seminars given in 1980. Liz Greene explores the meaning of Uranus, Neptune and Pluto, in both individual and national charts and in terms of the collective social, religious, artistic and political movements reflected by their through the zodiacal signs, and their repeating interaction with the cycles of Saturn. Long before astrologers began to focus seriously on the collective movements reflected by the outer planets, this book predicted major world events such as the collapse of the Soviet Union, the formation of a united Europe, and the rise of religious fundamentalism. Although the original text has been left unchanged, it is as relevant and timely now, as it was at its publication. This revised new edition includes appendices, notes and comments which update the information and bring it into the 21st century. For anyone from student to professional astrologer concerned with the ways in which the individual interacts with the larger world, this book is essential reading.

1. The Outer Planets and Their Cycles: The Astrology of the Collective