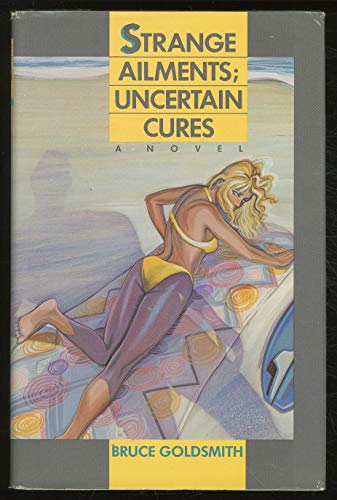 Screenwriter Goldsmith deals with the sexual modes and obsessions that make life interesting, adventurous and troublesome. Wealthy, 34-year-old L.A. pharmacist Michael Marcus lusts for Genie Cotler, a 17-year-old babysitter whom he discovers making passionate love with her teenage boy friend in Mike's livingroom. Mike's wife, Marilyn, an obstetrician who wants to found a health farm, does not have Genie's erotic gifts, but Genie knows tricks grown women haven't even fantasized about, due to an incestuous relationship with her father. Mike's courtship is enlivened when he shoots a holdup man holding Genie hostage. Unfortunately, it turns out that the criminal was armed only with a water pistol, which gets Mike into trouble with the ACLU but makes him a hero with Genie. In this trendy narrative, which borrows heavily from the Bernhard Goetz subway shooting, from Lolita and from The Seven Year Itch, the sex is graphic, though the personae talk too much about it.
Copyright 1986 Reed Business Information, Inc.

Successful Westwood (Los Angeles) pharmacist Michael Marcus returns home one evening to find the babysitter, Genie, engaged in passionate sex with her surfer boyfriend on the living room couch. This shock precipitates a midlife crisis for Marcus, and the crisis deepens the next day when his pharmacy is robbed and Genie is held hostage. His instinctive reaction saves her but further complicates his situation, as he finds himself beset by an adoring teenage nymphet, an obnoxious business partner, demanding family members, lawyers, police, blackmailers, and politicians. Marcus's solutions for his dilemmas carry a reassuring message of hope in a crazy world. Marcus is an older Portnoystill complaining while struggling against oppressive proprieties. An earthy and enjoyable book reminiscent of Peter DeVries and the earlier Philip Roth. William C. McCully, Park Ridge P.L., Ill.
Copyright 1986 Reed Business Information, Inc.