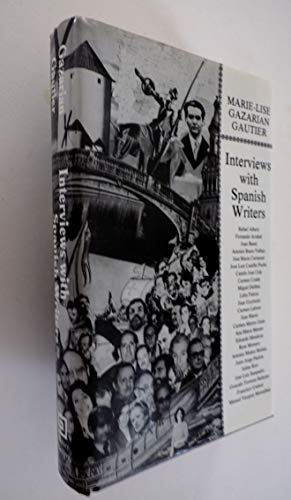 Contrary to received opinion, Spanish literature didn't die with the gunning down of Garcia Lorca in 1936; it went underground, spoke in code, and kept alive until the end of the Franco dictatorship. Since then, literary production has bees so prolific that critics are talking of a new Renaissance of Spanish letters.

Presented here are 24 engrossing interviews with Spanish literary celebrities ranging from Rafael Alberti (born 1902) to Antonio Munoz Molina (born 1956). Most are novelists, but some are poets (e.g., suave and punctilious Justo Jorge Padron, antithesis of the bohemian mystique) or playwrights (e.g., Antonio Buero Vallejo, whose republican activities earned him a death sentence, later commuted). A fourth of them are women, although octogenarian Maria Zambrano is sadly not included. While it is emphasized that the Civil War was not the death of Spanish literature, the specter of that war dominates the book. When the mother of Juan Goytisolo, for example, was killed in an air raid, the loss shook the writer to his very roots. Lidia Falcon and Buero Vallejo survived politi cal imprisonment, and Alberti lived 40 years in exile. Yet the issue of Nobel laureate Camilio Jose Cela's rightist tendencies is delicately avoided here. Recommended for readers of both history and literature.
- Jack Shreve, Allegany Community Coll., Cumberland, Md.
Copyright 1991 Reed Business Information, Inc.