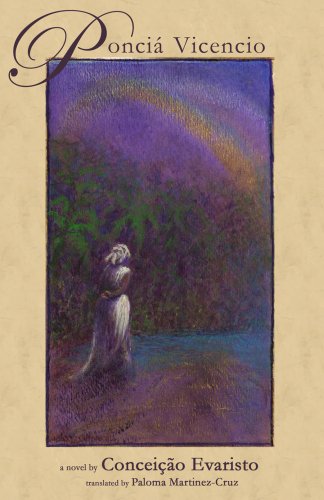 Fiction. Latino/Latina Studies. Translated from the Portuguese by Paloma Martinez-Cruz. The story of a young Afro-Brazilian woman's journey from the land of her enslaved ancestors to the emptiness of urban life. However, the generations of creativity, violence and family cannot be so easily left behind as Poncia is heir to a mysterious psychic gift from her grandfather. Does this gift have the power to bring Poncia back from the emotional vacuum and absolute solitude that has overtaken her in the city? Do the elemental forces of earth, air, fire and water mean anything in the barren urban landscape? A mystical story of family, dreams and hope by the most talented chronicler of Afro-Brazilian life writing today.

I grew up listening to my family telling stories about slavery. All of this oral communication that I received had to spill out in some way and it began coming out in what I wrote. My writing has a lot to do with my position in Brazilian society, with my position as a woman, as a black person and as a poor person. My writing depends strongly upon me as an individual to a great extent, but it also depends a lot on my history and upon the history of my community.My great dream is to be able to give my texts back to the people who gave me their life stories. It would be difficult for that to happen because I'm writing in a country where the vast majority is illiterate. In a country like Brazil, I believe that I have a social obligation to return to my origins. I believe in this type of politics and I think that people need to believe it in.– Conceição Evaristo

Conceiçăo Evaristo was born in Belo Horizante in the state of Minas Gerais. She is a professor of Brazilian literature at the Catholic University in Rio de Janeiro (PUR/RJ) and is working on her doctorate in comparative literature. Her work deals with the social factors influencing the family, including the power that women exert in their role as mothers and the consequences of society s failure to provide adequately for its youth. Her work has been published in the following anthologies: various issues of Cadernos Negros; Vozes de Mulheres (1991); Schwartze Prose; prosa negra-Afrobrasilianische Erzählungen der Gegenwart (1993); Moving Beyond Boundaries. International Dimension of Black Women Writing (1995); Finally Us. Contemporary Black Brazilian Women Writers (1995); Callaloo, vol. 18 number 4 (1995). Ms. Evaristo is also featured in Fourteen Female Voices From Brazil (Host Publications, 2002).