Items related to The Long Way 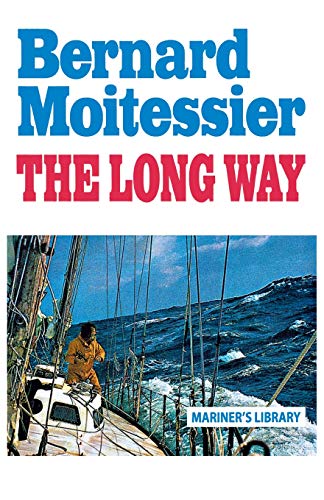 The Long Way is Bernard Moitessier's own incredible story of his participation in the first Golden Globe Race, a solo, non-stop circumnavigation rounding the three great Capes of Good Hope, Leeuwin, and the Horn. For seven months, the veteran seafarer battled storms, doldrums, gear-failures, knock-downs, as well as overwhelming fatigue and loneliness. Then, nearing the finish, Moitessier pulled out of the race and sailed on for another three months before ending his 37,455-mile journey in Tahiti. Not once had he touched land.

Bernard Moitessier was born in 1925 in Indochina and much of his sailing knowledge was gained during time spent at sea with the fishermen of the Gulf of Siam. One of the greatest ocean voyagers, he became a legend in his time. He was also a gifted writer and wrote four books describing his seagoing adventures. He moved to France where he spent the last years of his life working on his memoirs, Tamata and the Alliance (Sheridan House, 1995), the story of an unusual man and an exciting life. Bernard Moitessier died in the summer of 1994.