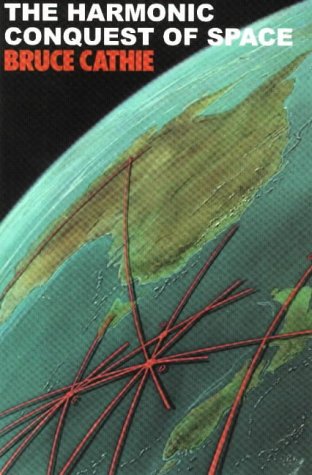 Bruce Cathie's first book, Harmonic 33, was first published in 1968 when he was a commercial pilot in New Zealand. Since then Captain Bruce Cathie has been the premier investigator into the amazing potential of the infinite energy that surrounds our planet every microsecond. The Harmonic Conquest of Spacecontains all new material and further explores the concept that the earth is criss-crossed by an electromagnetic grid system that can be used for anti-gravity, free energy, levitation and more. Chapters include: Mathematics of the World Grid; the Harmonics of Hiroshima and Nagasaki; Harmonic Transmission and Receiving; the Link Between Human Brain Waves; the Cavity Resonance Between the Earth; the Ionosphere and Gravity; Edgar Cayce-the Harmonics of the Subconscious; Stonehenge; the Harmonics of the Moon; the Pyramids of Mars; Nikola Tesla's Electric Car; the Robert Adams Pulsed Electric Motor Generator; Harmonic Clues to the Unified Field; and more. Also included in the book are tables showing the harmonic relations between the Earth's magnetic field, the speed of light, and anti-gravity/gravity acceleration at different points on the Earth's surface.