Items related to German Aircraft of the First World War 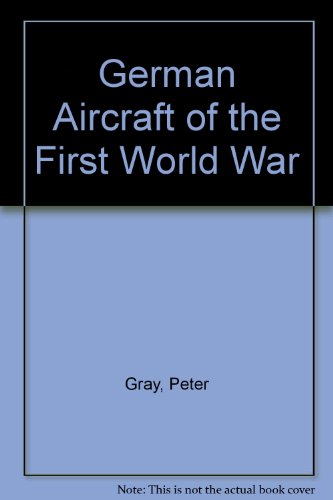 The first edition of this book, by Peter Gray and Owen Thetford, when published in 1962 earned world-wide acclaim as the most comprehensive reference on German combat aircraft of the First World War. The second revised edition incorporated a large proportion of new photographs, most of them never previously published. This new impression is a reprint of that edition. The entire text has been checked against original German sources, and over 500 aricraft are described and illustrated, covering two-seater fighters, multi-engined bombers, triplane and monoplane fighters, and seaplanes.

"The authors of this book have done prodigiously well, for they have produced a compendious volume that covers - and illustrates - more than 500 types of aeroplane." -J. M. Bruce, Royal Aeronautical Society Journal.