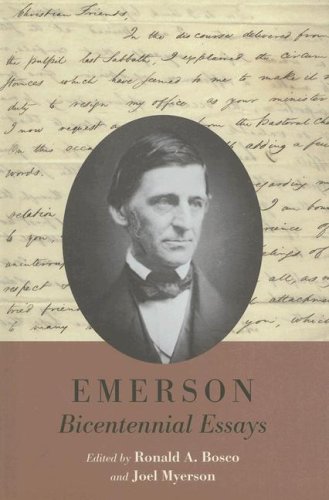 Drawn from papers presented at the conference that celebrated the two-hundredth anniversary of his birth, Emerson Bicentennial Essays presents seventeen studies of Emerson that address five general themes: "The Construction of Emerson," "Emerson’s Audience," "Emerson the Reformer," "Emerson the Poet," and "Emerson and the World of Ideas." The contributors address subjects such as the construction of Emerson’s biography, his New England lecture series, his sermons, his poetics, and more general topics such as Emerson and women’s rights, idealism, the civil rights movement, reader-response criticism, intellect, feeling, history, fate, experience, instinct, language, agnosticism, and scientific naturalism. In their treatment of the aesthetic, social, religious, philosophical, and political aspects of his life and work, these scholars confirm Emerson’s preeminence in American intellectual and literary history.