Theosophical Glossary: A Photographic Reproduction of the Original Edition 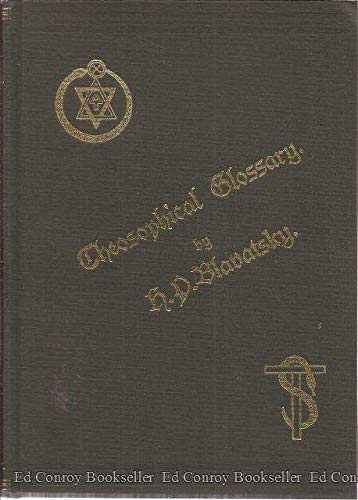 Published posthumously in 1892, The Theosophical Glossary gives information on many of the principal words and definitions of occult terms used in theosophical literature, as well as details of the lives of some of the most important adepts of the east and west.

G. R. S. Mead is regarded as a pioneer in the field of Gnostic and Hermetic studies. A highly intuitive scholar, Mead joined the company of Madame Blavatsky and her close associates. In this circle, he learned the profound mysteries of the Gnostics and became a translator of these writings. Mead evidently suffered some scholarly prejudice because of his connections with Theosophy. However, he also visited with C. G. Jung during his last years, and Jung thanked him for his dedicated work, his outstanding use of the English language, and for his affinity toward the experience of Gnosis.

1. Theosophical Glossary: A Photographic Reproduction of the Original Edition