Items related to Kiss Off: A Novel of Suspense

Cirni, Jim Kiss Off: A Novel of Suspense 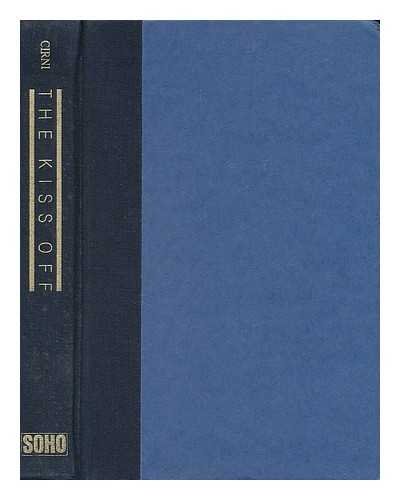 As the bodies of his co-workers pile up and his nympholeptic wife contemplates blackmailing the local Godfather, Frank Fontana, a bartender in the mob-run Skyview Lounge in Queens, finds himself caught between cops, killers, two women, and a Mafia don

In a gritty, insistent voice that grabs the reader from the first sentence, Frank Fontana, Akron-born accountant, narrates this superior suspense novel. Sick of the corporate routine of "sleepwalking through the company chain of command,"Frank was relieved when the company finally fired him for nonfeasance. Now he is happy with his job tending bar at the Sky View out by LaGuardia Airport, especially since he has married Jackie, five-and-a-half feet of pure sensuality. Then the mob murders Frank's boss, Dusty Sands, apparently because Dusty tried to blackmail the top mobster, and Frank's in a bind because he's a witness to the murder. If he talks to the cops, the mob will probably rub him out too, but the cops are threatening to put him in jail if he doesn't open up. Cirni has a good ear for New York vernacular and he knows the city and its underworld. The action never lets up in this fast-paced thriller.
Copyright 1987 Reed Business Information, Inc.

Book Description Hardcover. Condition: Good. Connecting readers with great books since 1972. Used books may not include companion materials, some shelf wear, may contain highlighting/notes, may not include cdrom or access codes. Customer service is our top priority!. Seller Inventory # S_335419539

The Kiss Off A Novel of Suspense

The Kiss Off: A Novel of Suspense

Book Description Softcover. Condition: Very Good. Very good in wrappers. Uncorrected proof. Staple mark on right-hand corner of cover. Clean cover. Nice pages. Please Note: This book has been transferred to Between the Covers from another database and might not be described to our usual standards. Please inquire for more detailed condition information. Seller Inventory # 196890