Items related to An Everyday History of Somewhere: Being the True Story...

An Everyday History of Somewhere: Being the True Story of Indians, Deer, Homesteaders, Potatoes, Loggers, Trees, Fishersmen, Salmon & Other Living Things in Backwoods of Northern Calif 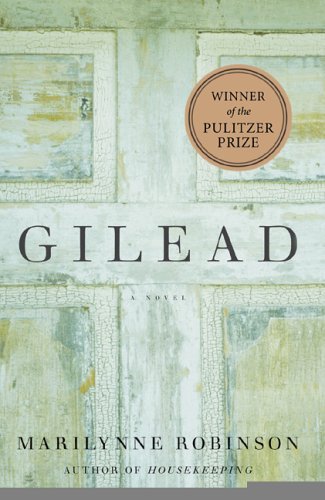 Bored Feet now publishes this classic, award-winning people's history of California's North Coast, an evocative blend of oral history and narrative. These stories resonate with truth. As the subtitle says Being the true story of Indians, deer, homesteaders, potatoes, loggers, trees, fishermen, salmon, and other living things in the back woods of Northern California. Ray Raphael wrote a new preface for this 33rd anniversary edition of his first book, updating readers on some of the changes in the past one-third century.

"A beautiful book, beautifully written and organized, beautifully illustrated." -- San Francisco Chronicle "One of the season's real charmers . . . The reader feels generation after generation rise and pass through the voice of one speaker, and pass with all the daily minutiae intact. Animal, vegetable, mineral or fish, it's all real, it's Life -- reader, go thou and find your own backyard!" -- Kirkus Reviews "A rich, well-researched resource . . . an excellent model for a local history book of any place that is truly cherished." -- Santa Rosa Press-Democrat "This is a lovely and a loving book, full of care and playfulness." -- Oregon Times "A superb, engrossing reflection of Northern California . . . In drafting this review, I fgound myself going on from the sentence I intended to quote, to the next sentence, and on to the next paragraph. Finally, I wanted to mail each of you readers a copy itself. It does not so much need to be reviewed as read. -- American Forests

Over the last five years Ray Raphael has emerged as one of our leading writers on the birth of the United States of America. In 2001 his acclaimed People s History of the American Revolution widened history s lens to include those not generally present in tales of our nation s founding. In 2002 The First American Revolution: Before Lexington and Concord led to marked rethinking about the Revolution s beginnings in academic circles. In 2004 his Founding Myths: Stories that Hide Our Patriotic Past established new standards for all future renderings of our nation s birth. Over the past year-and-one-half years, Raphael has opened the plenary session at the annual convention of the leading professional organization in his field (Omohundro Institute of Early American History and Culture); served on a panel, convened specifically to evaluate the implications of his work, at a leading research institution in his field (American Antiquarian Society); interviewed on two History Channel half-hour shows; led a History Channel production team around Boston s Freedom Trail (two segments have aired, others are pending); consulted with Partisan Pictures and served as one of their lead on-camera historians for a thirteen-hour special on the American Revolution, showing during summer 2006 on the History Channel; spoken to institutes at the New York Historical Society and Valley Forge National Historical Park; spoken to various groups of teachers and students under the sponsorship of the Gilder-Lehrman Foundation and the federally funded Teaching American History grants; written two reviews for the Baltimore Sun, which were featured on the History News Network; written a feature article on history education for Rethinking Schools, a publication that circulates widely among teachers; edited a special issue (summer 2006) on the Founders for Forum magazine , with contributing articles from many of the nation s preeminent Revolutionary scholars (Gordon Wood, Gary Nash, Pauline Maier, Carol Berkin, Al Young, Jack Rakove, Woody Holton, and Richard Beeman). He has also finished work on a comprehensive history of Northwest California. With the help of a fellowship from Gilder-Lehrman Foundation, he has traveled to Charleston, the Southern backcountry, Philadelphia, New York, Boston, and Worcester to conduct research for his book-in-progress. Before turning his attention to the American Revolution and the founding of the nation, Raphael published books on subjects as diverse as male initiation rites, education, regional history (Northwest California), and timber politics. His first book, An Everyday History of Somewhere, won the Commonwealth Club award for the best book of the year about California. A Phi Beta Kappa graduate from Reed College, he holds masters degrees from the University of California at Berkeley (Political Philosophy) and Reed College (Teaching Social Science and History). In addition to teaching at Humboldt State University and College of the Redwoods, he has taught all subjects except foreign languages at a one-room public high school in his remote community. He is currently a Senior Research Fellow at Humboldt State University, working full time as a researcher and writer. He lives in the hills of northern California and kayaks whitewater rivers. Educational Background: BA, Reed College, 1965 (Phi Beta Kappa) MA, University of California, Berkeley, 1967 (Woodrow Wilson Fellowship) MAT, Reed College, 1968 (Inner-city Fellowship)

2. AN EVERYDAY HISTORY OF SOMEWHERE