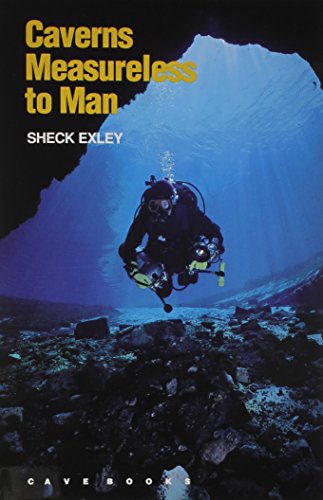 Caverns Measureless to Man is the story of the passion of an extraordinary individual who spent his life exploring underwater caves. For nearly 30 years Sheck Exley was the leader. He set records, he developed the techniques, and he maintained the highest standards of excellence. Sheck lived a life of adventure, danger, and excitement of a degree that few people can ever dream of, or, if they do, those dreams are nightmares. If you participate on the highest level, you know that some of your best friends are going to die. If you continue to push yourself and your equipment to the limits--if you persist in being a world class diver as Sheck was--the chances are very high that you, too, will die.

This book may terrify you, but it will unquestionably fascinate you, and in the end, Sheck Exley will convince you that his death came to him in the midst of the incredibly intense joy he took in diving into the depths of the earth.

"Sheck Exley for almost thirty years developed the techniques and set the standards for cave divers today. Many times while reading this book I found myself holding my breath while someone was stuck in a tight spot, fighting with damaged or defective equipment, lost in a silted-up passage, or just plain running out of air . . . This book is as close as most will ever want to get to an underwater cave." -- Paul Steward, Central Jersey Caver

"Sheck Exley was at the forefront of international cave diving. He had a fascination for depth which led to his demise, at the age of 45, while attempting a new world depth record in a remote siphon in northern Mexico in 1994 . . . . "Caverns Measureless to Man is a very readable autobiography of this exceptional man . . . . enthralling, laced with danger and excitement, yet tinged with a touch of humor. "This is a gripping book equally appealing to the diver and non-diver alike." --Tim Stratford, The International Caver