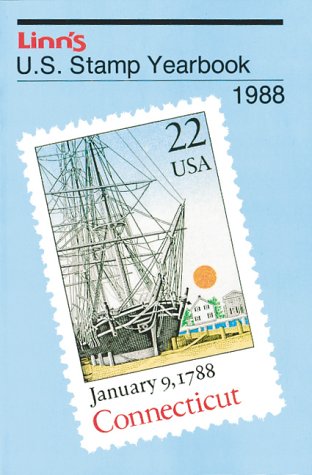 Devoted to the postage stamps and postal stationery released by the U.S. Postal Service during the year. The Yearbook tells you all you want to know about each issue: why it was issued, how its design was developed, what problems or controversies surrounded it, production facts and figures. Also illustrated are artists' sketches and essays unavailable in any other published work.

George Amick is editorial page editor and former Washington correspondent of The Times of Trenton, New Jersey, and is a frequent writer for philatelic periodicals. He has collected U.S. and Canadian stamps since his boyhood in the 1940s. A graduate of Ohio Wesleyan and Ohio State universities, he was a 1968-69 Nieman Fellow in Journalism at Harvard University, where he studied urban problems. He is the author of The American Way of Graft, a study of political corruption, published in 1976 by The Center for Analysis of Public Issues, Princeton, New Jersey.