Items related to Glory of Their Times: The Story of the Early Days of...

Glory of Their Times: The Story of the Early Days of Baseball Told by the Men Who Played It

Glory of Their Times: The Story of the Early Days of Baseball Told by the Men Who Played It 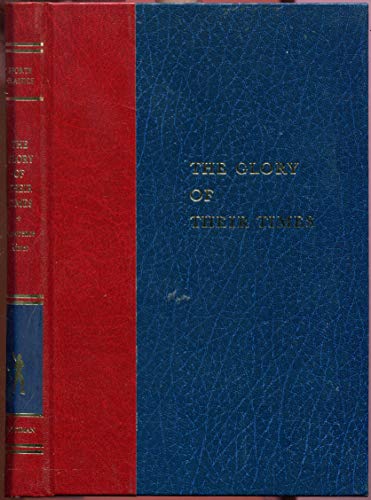 "Oh, the game was very different in my day from what it's like today. I don't mean just that the fences were further back and the ball was deader and things like that. I mean it was more fun to play ball then." - Davy Jones

First published in 1966, The Glory of Their Times is a universally hailed classic. A loving look back at the way baseball used to be, and the legends who played the game--immortals like Babe Ruth, Ty Cobb, Honus Wagner, and many others--it's a delightfully evocative work full of fascinating characters and wonderful anecdotes.

This is also the story of author Lawrence S. Ritter's six year quest to find the heroes of a bygone era. He interviewed more than two dozen players from the turn of the century and the decades shortly thereafter, including many now in the Baseball Hall of Fame, then let them tell their own stories, in their own words. The scorecard includes Rube Marquard, Chief Meyers, Goose Goslin, Smoky Joe Wood, Wahoo Sam Crawford, and many more. This new audio compilation of the original interviews is great news for baseball fans and anyone who loves old-time tales of America's national pastime.

Review:
The voices of the game's distant past continue to reverberate with a distinct freshness in Lawrence S. Ritter's The Glory of Their Times. An oral history of the game in the first two decades of the century, Glory sends out its impressive roster of players to tell their own stories, and what stories they tell--the story of their times as well as of their game; the scorecard includes Rube Marquard, Babe Herman, Stan Coveleski, Smoky Joe Wood, and Wahoo Sam Crawford. A delight from cover to cover, Glory is the next best thing to having been there in the days when the ball may have been dead, but the personalities were anything but.
From the Back Cover:
The Story of the
Early Days of Baseball
Told by the Men Who
Played It