Items related to Nights as Day, Days as Night

Nights as Day, Days as Night 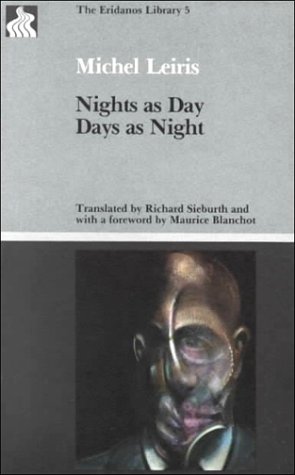 Michel Leiris (1901-1990) was an author, ethnographer, art critic, and former surrealist who pioneered a unique form of autobiographical writing. Praised by Susan Sontag, Maurice Blanchot, and Claude Lévi-Strauss, he made powerful contributions to modern French literature. His autobiographical works include Manhood, The Rules of the Game, and NIGHTS AS DAY, DAYS AS NIGHT.

Richard Sieburth is a professor of French and Comparative Literature at New York University. He has translated works by Henri Michaux and Louise Labé, and he received a PEN/Book of the Month Translation Prize for his translation of Gérard de Nerval's Selected Writings.