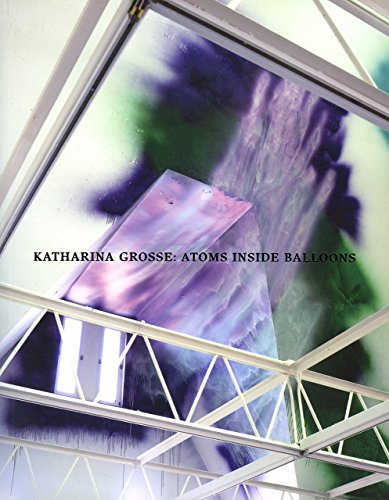 Katharina Grosse's painting practice is a phoenix from the ashes of late Modernism, appending themselves to the Greenbergian cul de sac in an uncanny manner. Since 1998 Grosse has been using a compressed-air spray gun to apply garish swaths and splashes of undulating color directly to gallery walls, floors and ceilings with sublimely spectacular results. Abandoning painting's traditional means of support, however, is simply a step toward getting at the real stakes, which for Grosse is color's liberation from surface. To underscore this point, Grosse began incorporating a range of relief elements into her work – furniture, clothing, solid geometric forms, stones, mounds of earth. Grosse's palette, however, is saturated to the point it threatens one's ability to perceive form and/or space. In her installations, color acts independently of the surfaces to which it is applied. Her work extends painting's modernist logic so that color reified in painting becomes color reified frompainting. Atoms Inside Balloons was Grosse's first foray into spray-painting balloons whose temperamental nature made it a genuine experiment. In addition to the occasional explosion, there was also the slow loss of pressure causing the balloons to sag and even eventually fall to the floor. The more than 100 color photographs in this catalogue document the continually changing balloon installation, and at the same time document the unchanging ability of Grosse's color to override all such qualities as shape and volume. In addition to this wealth of photographs, the book contains essays by Nana Last, Professor of Architecture at Rice University, and David Hilbert, Associate Professor of Philosophy at the University of Illinois at Chicago. Last analyzes the unique relationship of architecture and painting in Grosse's practice. Hilbert situates her work within the tradition of philosophical inquiry into the nature of color.

David Hilbert is a professor of Philosophy at the University of Illinois at Chicago.

Book Description The Renaissance Society at The University of Chicago, 2009. Softcover, 256 pages; as new condition; clean and crisp; no internal marks. Foreign shipping may be extra. Seller Inventory # KaGrTh35