Items related to The Grail Mystique 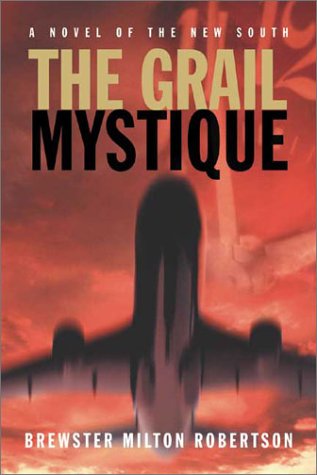 Not since the Ewings of Dallas has there been a family as complex, manipulative, and delectably seductive as the Graham dynasty, whose great wealth and power derive from their Fortune 500 corporation-known on Wall Street and around the world by its stock symbol-GRAIL. Their fortunes, VIP guest lists, political connections, and privileged lives create a seemingly impenetrable mystique until a drug death opens investigations that unravel their world. The mélange of characters in this fast-paced suspense novel is set against a backdrop of private country clubs, penthouse suites, and corporate boardrooms. This spellbinding saga examines the decaying underseam of the Graham family dynasty adrift in a maze of corporate deception.

The Grail Mystique Nopt since the Ewings misbehaved in episodes of Dallas have we met a family as complex, manipulative and delectably seductive as the Grahams. They are the wealthy, politically savvy, social elite of the new south, with an ironclad mystique secured by their international agro-empire. Over five fateful days, the destiny of the Graham dynasty and their international conglomerate comes unraveled in Brewster Milton Robertson's saga, The Grail Mystique Patriarch Clayton Massie Graham oversees a high-toned, pretentious and moneyed world which he must soon turn over either to a philandering son or the son's ambitious former college roommate. It takes a felony drug death investigation and attempted extortion to lift the lid on this southern dynasty and once the first thread begins to unravelm the rest follow in rapid succession, leading the reader down a suspenseful, edgy trail to the dramatic and unexpected conclusion. Back inside flap. Brewston Milton Robertson, an author, lecturer and book critic, writes regularly about the arts, writers and writing for national trade publications and newspaper. Hi is the author of the award-winning novel Rainy Days and Sundays, which has been optioned for a major motion picture. A native of Virginia, Robertson lives and writes from his home on Beaufort, South Carolina.