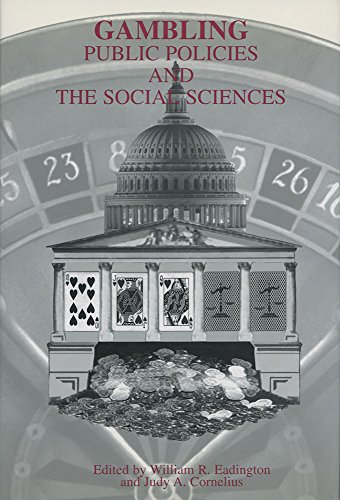 Because of the rapid spread of permitted gambling, social scientists have begun to examine a variety of associated impacts. This volume offers a selection of such analysis of modern gambling and its implications for society. By adding to the knowledge about the consequences of permitted gambling, such research should aid the future public policy process. Distributed for the Institute for the Study of Gambling.

William R. Eadington (1946-2013) earned his BA from Santa Clara University and his M.A. and Ph.D. in Economics from Claremont Graduate School. He was professor of economics and founding director of the Institute for the Study of Gambling and Commercial Gaming at the University of Nevada, Reno. One the most influential scholars in establishing the academic study of the gaming industry, he was the first holder of the Philip G. Satre Chair in Gaming Studies, established in 2004. He was inducted into the American Gaming Association's Hall of Fame in 2011 for his scholarship on the economic and social impacts of commercial gaming, and in 2012 he received the Goldman Lifetime Award for Advocacy from the National Council on Problem Gambling for his lifetime of work addressing problem gambling.

Judy Cornelius has been the Associate Director of the Institute for the Study of Gambling and Commercial Gaming at the University of Nevada, Reno since its formation in 1989. She has served as the Conference Coordinator of the International Conferences on Gambling and Risk-Taking since 1989; the North American Conference on the Status of Indian Gaming; and as Assistant Conference Coordinator of the Seventh International Conference on Gambling and Risk Taking. She has extensive knowledge and background in gaming research and has co-edited six books with William Eadington. Cornelius has a Bachelor of Science in Economics from the University of Nevada, Reno and a Bachelor of Arts in Criminal Justice from UNLV.