Items related to Ironclads and Paddlers 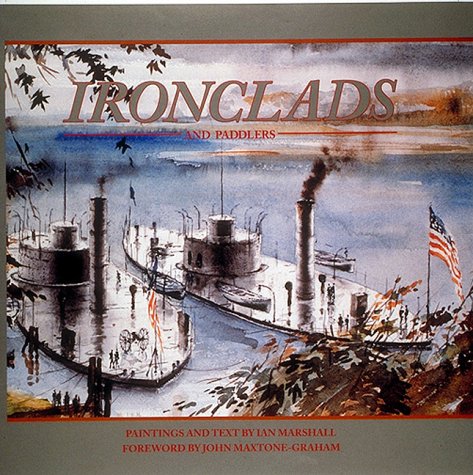 This book is a collection of paintings of the "Ironclads," the ships protected from shot and shell by iron plating, and "Paddlers," ships propelled by paddle wheels, steam, and sail. These ships are precursors to those ships highlighted in ARMORED SHIPS. 38 color paintings, 20 pencil sketches.

Ian Marshall's work has been shown at the Navy Museum, Washington, DC; the Royal Naval Museum, Portsmouth, England; and the Royal Society of Marine Artists, the Imperial War Museum, and the Edinburgh Festival in Great Britain. Howell Press publishes two more of his books: ARMORED SHIPS and PASSAGE EAST.

John Maxtone-Graham has been a Broadway stage manager, film producer, and novelist. He lectures at the Metropolitan Museum of Art in New York and the Smithsonian Institution in Washington, DC.