The Austrian Theory of the Trade Cycle and Other Essays 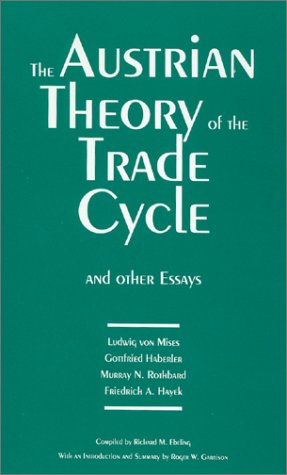 Booms and busts are not endemic to the free market, argues the Austrian theory of the business cycle, but come about through manipulation of money and credit by central banks. In this monograph, Austrian giants explain and defend the theory against alternatives. Includes essays by Mises, Rothbard, Haberler, and Hayek. In his later years, Professor Haberler distributed many of these monographs to friends and associates. New edition with an introduction by Roger Garrison and an index.

Ludwig von Mises (1881-1973) was a preeminent philosopher and economist during the twentieth century. He shared an intellectual friendship with literary giant Ayn Rand, and his theorems and philosophies have continued to influence the careers and ideas of politicians and economists alike.

1. The Austrian Theory of the Trade Cycle and Other Essays