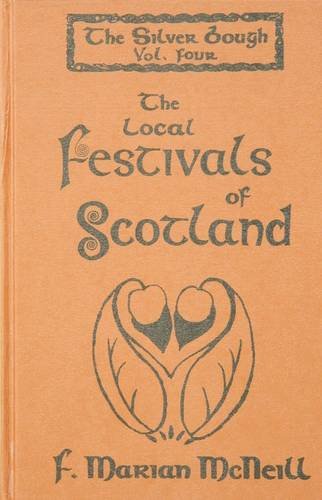 A marvellous and indispensible treasury of Scottish folklore and folk belief from the world of Celtic magic, gods and fairies, to the prophesies of the Brahan seer, second sight, witchcraft, earth magic, selkies, changelings and a host of traditional spells and cures. The Silver Bough involved many years of research into both living and recorded folklore, and remains a classic of literature.

Florence Marian McNeill was born and brought up in an Orkney manse, where her father kept up many of the old customs. After graduating from Glasgow university, she travelled widely, visiting Greece, Egypt and Palestine amongst other places, working in London as part of the suffragette movement and later as a freelance journalist. Her only novel, The Road Home (1932) was loosely based on her years in London and Glasgow. She settled in Edinburgh in 1926. A lifelong interests in traditional Scottish lore first found expression in The Scottish Kitchen (1929), and later The Scots Cellar (1956), well loved books of old recipes and convivial customs.