Items related to The Chain 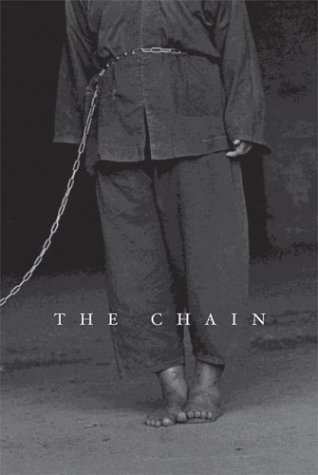 The renowned Taiwanese photographer Chien-Chi Chang's images of the Lung Fa Tang Temple in Taiwan, where 700 psychiatric patients are chained together to farm one million chickens, apparently to render them sane. These photographs were exhibited at the Venice Biennale in 2001, the Sao Paulo Bienal in 2002 and the International Center of Photography Triennial in 2003. This book was included in the best books categories of both PDN Photography Annual 2003 and the Photo-Eye Awards 2003, won first prize at the Pictures of the Year International for best book in 2003, and third prize at the Gruppo Redattori Iconografici Nazionale (GRIN) Awards 2004.

Chien-Chi Chang is a member of Magnum Photos. His images in The Chain were a highlight of the Venice Biennale in 2001, at the Săo Paulo Bienal in March 2002 and at the ICP Triennial in 2003. In 2003 this book was honoured with the Pictures of the Year Best Book Award and included in PDN's Photo Annual as one of the year's best books.