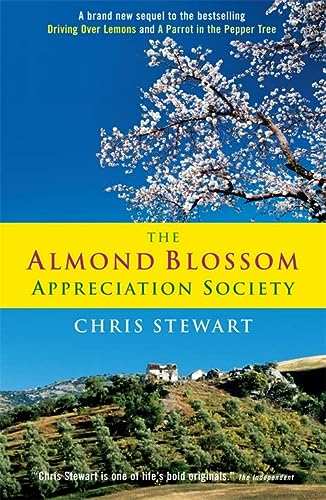 This sequel finds Chris and his family still at El Valero, their farm on the wrong side of the river in rural Andalucia. Life there continues in decidedly oddball fashion. Chris Stewart is one-time Genesis drummer turned sheepshearer, author of 'Driving Over Lemons' and 'A Parrot in the Pepper Tree'.

Chris Stewart shot to fame with Driving Over Lemons (9780956003805) - Sort Of Books' launch title in 1999. Funny, insightful and real, the book told the story of how he bought a peasant farm on the wrong side of the river, with its previous owner still resident. It became an international bestseller and with its sequels - A Parrot in the Pepper Tree and The Almond Blossom Appreciation Society - it has sold more than a million copies in the UK alone. Chris prepared for life on his Spanish mountain farm with jobs of doubtful relevance. He was the original drummer in Genesis (he played on the first album), then joined a circus, learnt how to shear sheep, went to China to write the Rough Guide, gained a pilot's license in Los Angeles, and completed a course in French cooking. Three Ways to Capsize a Boat fills in his lost years as a yacht skipper in the Greek islands. Despite the extraordinary success of his books, Chris, his wife Ana, and their daughter Chloe, continue to live on their farm, with their numerous dogs, cats, chickens, sheep and misanthropic parrot.

Wonderful - funny, affectionate, no hint of patronage... Tuck this book into your holiday luggage and dream. * Daily Mail *

Book Description Orion, London, U.K., 2014. Soft cover. Condition: New. No Jacket. 1st Edition. Paperback. ***UNCORRECTED PROOF COPY***. London, U.K. English language; Book Condition: New. Dust Jacket Condition: None, First Edition. First Impression. 256 pp. A very fine copy that appears not to been read and remains in clean condition. The spine is uncreased. No Signs of foxing. Without dedication. Block still firm and corners are as sharp as the day it went on sale. Numbered Line: 10-1. IN EXCELLENT CONDITION, PLEASE CONTACT US BEFORE ORDERING THIS BOOK TO CONFIRM BOOK CONDITION AND EDITION (most of our books are 1st editions). We can send you photos of this book with a detailed description. Shipping is normally same day from the UK. "UK BASED SELLER ALL OVERSEAS SHIPPING VIA AIRMAIL". If you do not want this service please make it clear to Abebooks you wish by Ship. In Stock.- THANKS! We do not stock Ex-Library Editions or Book Club Editions. We offer a money back guarantee if you are not fully satisfied, please contact us if you have any questions. Bookseller Inventory #O. 121217164323. Seller Inventory # 003347