Items related to One Girl and 3 Guys

Maria Lewis One Girl and 3 Guys

One Girl and 3 Guys 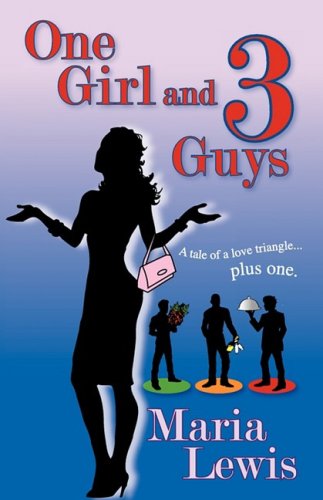 Jess never imagined that ending one relationship would be the beginning of a battle for her affections from not one, not two, but three different guys. Bobby, the long-term boyfriend Jess wants to leave is just as determined not to be left. He believes that if there's no other man then there must be hope, and as there's no mention of another man... Gary, the unmentioned man who's had his eye on Jess for a long time. He isn't about to let the fact that he has a fiancée spoil his chances either. Having his cake and eating it is the solution and now that the cake is on his plate... As if dealing with those two isn't enough, enter Tyrone - the usually shy guy who chooses this time of all times to find his nerve and add himself to Jess's ever growing list of suitors. There's no doubt, Jess is in triple trouble. Bobby won't allow Jess to let go of the commitment she doesn't want, Gary won't give her the commitment she does want and Tyrone...well, she's not sure what he wants. And with no-one taking no for an answer, how on earth does a girl get out of a situation like this?