Items related to Keep on Running: The Story of Island Records by Chris... 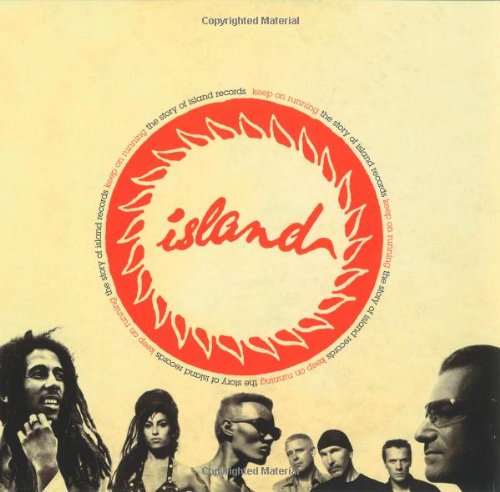 The book will be published to coincide with the 50th anniversary celebrations of Island Records in May 2009: these include a large-scale, month-long exhibition of Island artwork in London's Soho; a week of concerts by key artists at Shepherds Bush Empire; a 90-minute BBC television documentary about the label; a Radio 2 series; and deluxe re-releases of many iconic Island records, which will continue throughout 2009. Illustrated by copious rare images, including original artwork and photographs, from the Island Records archives, "Keep on Running" will tell the story of this extraordinary independent label, its art and its artists, in a series of nine essays by some of the UK's most renowned writers: these include Jon Savage, Paul Morley, Richard Williams, Robin Denselow, Joe Boyd, Sean O'Hagen, Vivien Goldman, and Chris Salewicz. Photographers include Anton Corbijn, Adrian Boot, Gered Mankowitz, Jean-Paul Goude, and Kate Simon.

"Chris Salewicz's The Story of Island Records: Keep On Running traces the history of a label that excelled at creating kicky, imaginative sleeves..." ~Book Forum

Book Description Universe Publishing, 2009. Hardback. Condition: Good. The book has been read but remains in clean condition. All pages are intact and the cover is intact. Some minor wear to the spine. Seller Inventory # GOR005770699

Book Description Universe Publishing, 2009. Hardback. Condition: Very Good. The book has been read, but is in excellent condition. Pages are intact and not marred by notes or highlighting. The spine remains undamaged. Seller Inventory # CIN000640661

5. Keep on Running: The Story of Island Records Chris Salewicz

Shipping: US$ 21.14
From United Kingdom to U.S.A.
Destination, rates & speeds