Items related to 25 Years of "Eastenders" 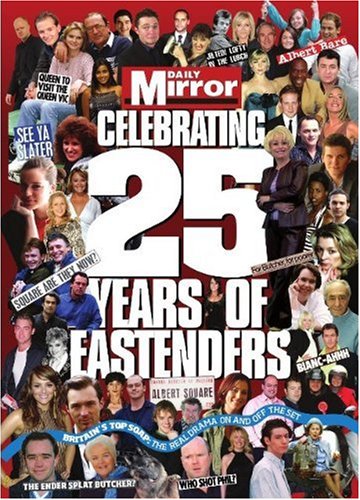 Over the past 25 years the soap's enthralling storylines have gripped the nation. From Dirty Den serving wife Angie with divorce papers in the Queen Vic on Christmas Day to Phil Mitchell's dramatic shooting and from the many scrapes of the Slater sisters to the second wedding of Ricky and Bianca, there has been no shortage of drama. There have been as just as many stories off the screen and The Mirror has followed the stars throughout the journey. Covering the scandals involving stars such as Gillian Taylforth, Danniella Westbrook and Leslie Grantham to the stories involving some of the soap's forgotten faces, this is a must-have magazine for all fans of Albert Square. Including fantastic archive interviews, it looks back at the headlines made by the families who have kept viewers tuning in week after week. It also captures various favourites' forays into the worlds of music and reality television, as well as giving an insight into the show from Mirror readers and columnists. Quite simply, it is a souvenir no EastEnders fan can afford to be without.