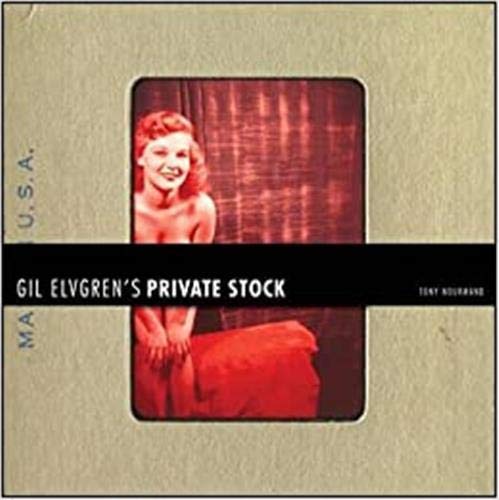 An immensely talented artist who enjoyed a prolific career, Gil Elvgren (1914–1980) was a master of the portrayal of the female form and one of the greatest maestros of the illustrated pin-up to have ever lived. Elvgren often painted from his own photographs, and the well-known images that exist of his models are from the middle and later period of his career--the 1950s onwards--and are generally always photographs of girls wearing, at least, a generous covering of lingerie. Collated here for the first time is Elvgren’s personal nude slide collection, previously only known to a handful of niche collectors. Still housed in original Realist slide boxes carrying Elvgren’s bold, early signature in large letters, the slides are a mix of stereoscopic 3D slides and regular 35mm. Although a few date into the 1960s, the vast majority relate to the early period of Elvgren’s career, from the 1940s to the early 1950s; a period when he was producing a greater volume of nude paintings and also honing his personal style. This fascinating and unique volume reproduces the images in stunning quality and is the lasting legacy of Elvgren’s slide collection. It builds a more complete picture of his artistic process and it offers a valuable insight into the development of glamour photography. However, its real beauty and impact lies in the knowledge that one of the greatest masters of the illustrated pin-up took his inspiration from the very real flesh of womanly curves in all of their natural glory.

Tony Nourmand is the co-founder of Reel Art Press and editor of all R|A|P publications. He is also the author of a further sixteen best-selling books on entertainment-related imagery, including James Bond Movie Posters and Audrey Hepburn: The Paramount Years.

A new book of private slides from the collection of Gil Elvgren, the mid-20th century American artist best known for kitsch paintings of busty gals in sailor hats and cowboy chaps, shows that we've always been interested in the idea of making imagery more, how shall we say, tangible. God bless progress. (Esquire, January 1, 2013)