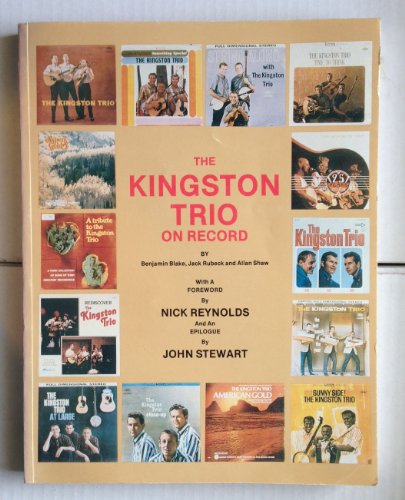 THE KINGSTON TRIO ON RECORD . . . is a detailed history of the recording career of The Kingston Trio, from 1958, with interviews, an alphabetical "song-by-song" listing and complete discography, as well as individual chapters on the Trio's instruments, rare recordings, and the solo career of former Trio member John Stewart. While primarily an important addition to the historical record of popular commercial folk music, THE KINGSTON TRIO ON RECORD is also the kind of book Trio fans have long awaited . . . Under the leadership of Bob Shane, The Kingston Trio continues to prosper, but what has Dave Guard been up to since leaving the group in 1961? Read about Nick Reynolds' teaming with John Stewart for a little-known album called "Revenge Of The Budgie" . . . All this plus photos galore of all the great records of one of the most popular groups in the annals of chartdom, plus many rare photos of the group itself in all of its historical configurations. Interior photos in black and white; cover photos in color.