Items related to The Humpback of Lodz

Komie, Lowell B. The Humpback of Lodz

The Humpback of Lodz 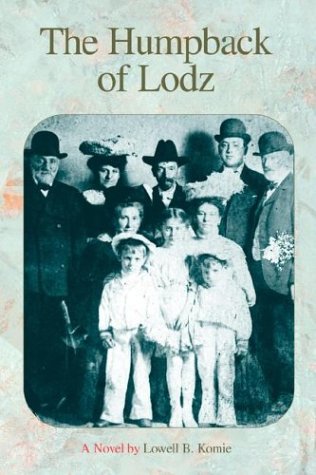 Set in Chicago, Warsaw and London in the 1980's. A story of intrigue, romance and suspense. A man and woman each search for their own identity. He is a divorced Jewish American law professor. She is Catholic, Polish, a younger woman, an Economics professor and a member of the Solidarnosc underground on the run from the police. A love story mixed with hate, fear and revulsion in the dark shadow of the Holocaust. A man and woman caught in the net of martial law and running from the police and each other.

"...Komie is one of the finest writers of legal fiction in our time." -- Legal Studies Forum

"A comic novel of the first rank...Conversations with a Golden Ballerina is pure comic genius." -- After Hours

"With his stiletto prose, Komie will never be accused of bland storytelling; he deserves high praise for these penetrating stories" -- Chicago Tribune

1. The Humpback of Lodz

2. The Humpback of Lodz

3. The Humpback of Lodz

Book Description Swordfish/Chicago Publishers, 2004. Condition: Good. A+ Customer service! Satisfaction Guaranteed! Book is in Used-Good condition. Pages and cover are clean and intact. Used items may not include supplementary materials such as CDs or access codes. May show signs of minor shelf wear and contain limited notes and highlighting. Seller Inventory # 0964195747-2-4