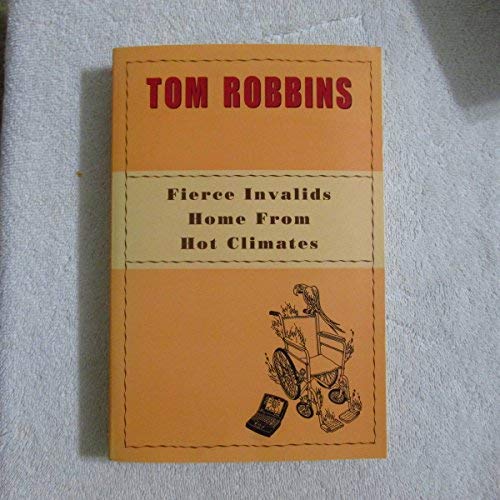 Switters is a contradiction for all seasons: an anarchist who works for the government; a pacifist who carries a gun; a vegetarian who sops up ham gravy; a cyberwhiz who hates computers; a man who, though obsessed with the preservation of innocence, is aching to deflower his high-school-age stepsister (only to become equally enamored of a nun ten years his senior). Yet there is nothing remotely wishy-washy about Switters. He doesn't merely pack a pistol. He is a pistol. And as we dog Switters's strangely elevated heels across four continents, in and out of love and danger, discovering in the process the "true" Third Secret of Fatima, we experience Tom Robbins-that fearless storyteller, spiritual renegade, and verbal break dancer-at the top of his game. On one level this is a fast-paced CIA adventure story with comic overtones; on another it's a serious novel of ideas that brings the Big Picture into unexpected focus; but perhaps more than anything else, Fierce Invalids is a sexy celebration of language and life.