Items related to The Resistance Manifesto 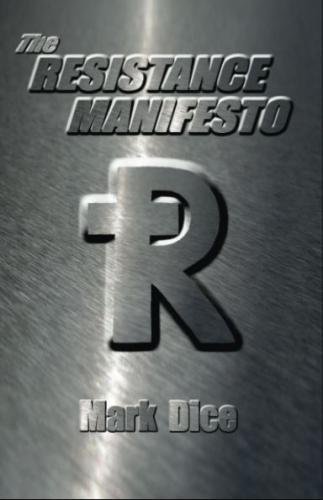 Learn the most powerful information about the Illuminati, plans for the rise of the Antichrist, the institutions, people, and powers involved, and how you can fight them.

"Powerful and compelling. A must read." - Alex Jones from Infowars.com

"Mark takes you beyond 9/11 into a world of secret societies, mystics, and madmen." - Jason Bermas, Producer of Loose Change

“Mark Dice is not a conspiracy theorist, he is a conspiracy realist. This book tells it like it is. I urge every American to read it and pass it on to your friends and relatives. Wake up America!” - Ted Gunderson, Senior Special Agent in Charge (retired) FBI Los Angeles

“A must read for all Patriots. Mark has the guts most of us wish we had.” – Mike Hanson, author of Bohemian Grove: Cult of Conspiracy (infiltrated Bohemian Grove with Alex Jones in the year 2000)

"Every patriotic American needs the valuable information in this outstanding book. Its insights are vital to our overcoming the sinister forces now confronting us on every side." - Texe Marrs - Author of Codex Magica

“Mark Dice has assumed leadership of The Resistance. Forewarned is forearmed and we all have a role to play in the future. Or as Mark puts it, “The Resistance lives within each of us.” – Jim Marrs, author of Rule by Secrecy

A detailed analysis of the September 11th attacks and evidence they were aided by elements within U.S. and foreign intelligence agencies to be used as a reason to jump-start the "War on Terror" and the erosion of privacy and personal liberties outlined in the constitution.

Excerpts from the original writings of the Illuminati founders and how the organization drew up plans over 200 years ago to take over every major institution of power and influence in the world through deception and criminal activity.

An exposé on the Bohemian Grove including quotes from President Richard Nixon, senator John DeCamp, and information from Chris Jones who worked at the club and became an informant revealing the activities within.

The history and meaning of the mysterious Georgia Guidestones monument and why the elite want to reduce world population to 500 million by killing billions of people through wars and plagues.

The Skull and Bones society at Yale University, their direct connection to the Illuminati, and the true meaning of their mantra, “The hangman equals death, the Devil equals death, and death equals death.”

Sophisticated NSA government spy systems such as Echelon and Carnivore and their true capabilities.

Department of Defense plans to create cybernetic organisms and implant humans with neural interfaces by wiring computers directly into the brain and billions of dollars pouring into robotic soldier programs.

Secret FEMA prison camps and detention centers which are already constructed and ready to be filled with those who resist the tyranny of the New World Order.

How private organizations such as the Federal Reserve Bank and the Council on Foreign Relations hold tremendous power and influence over domestic and international affairs, while giving the appearance that they are a part of the United States government.

The final plans for the global government, one world currency, unified Luciferian religion, and the rise of the Antichrist.

What it means to be a part of The Resistance, our mission, and how you can get involved.

By the author of The Illuminati: Facts & Fiction

Mark Dice is a media analyst and author who, in an entertaining andeducational way, exposes our celebrity-obsessed culture and the rolemainstream media plays in shaping our lives.

Mark's YouTubechannel has over 1 million subscribers and more than 300 million views,and his viral videos have been mentioned on the Fox News Channel, CNN,the Drudge Report, the Washington Times, and other media outlets around the world.

He has been featured on various television shows including the History Channel's Decoded and America's Book of Secrets; Secret Societies of Hollywood on E! Channel, America Declassified on the Travel Channel, and more.

He has a bachelor's degree in communication from California State University, and is the author of 12 books.

3. The Resistance Manifesto (Paperback or Softback)